The Arabian Oryx (Oryx leucoryx) - once roamed the entire Arabian Peninsula and became extinct as a wild species in the early 1960s. However, the late Sheikh Zayed bin Sultan al Nahyan had a few captive animals that bred well, and today there are several herds at various locations in the emirate of Abu Dhabi. They are the largest of the Arabian antelopes and are creatures of the open desert being able to live in areas without trees or standing water. (Getty Images) 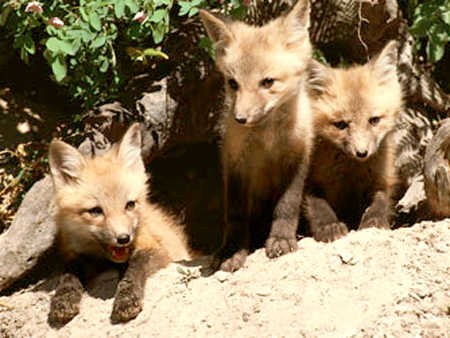 Arabian Red Fox (Vulpes vulpes arabica) - highly adaptable, it inhabits virtually every environment and lives in the cities along the coast, the desert and the mountains. An omnivorous animal, it will eat almost anything, from dead fish on the beach, to dates, carrion and of course small mammals and birds, which it actively hunts during the night. The cubs, numbering up to six per litter, are raised in a burrow that the vixen excavates herself and often uses year after year. (Getty Images) 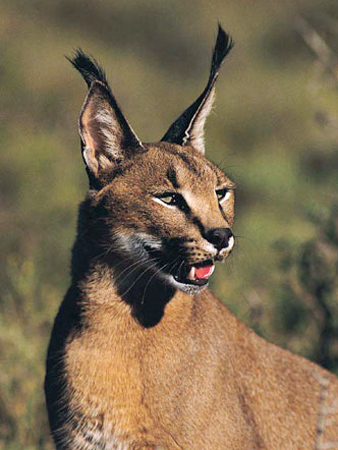 Caracal (Caracal caracal schmitzi) - much smaller than the leopard, it is the second largest of the wild cats that occur in the region. Once widespread in the open desert as well as the hills it is now confined to the mountains. Light brown to sandy in colour it has strong black facial markings, with the back of the ears and the long tufts also being black. A very agile hunter, it preys mainly on birds and small mammals and reptiles but has little difficulty in killing a tahr, gazelles or goats. Most of the time, they hunt at night and spend the day resting, giving preference to a shady place. (Getty Images) 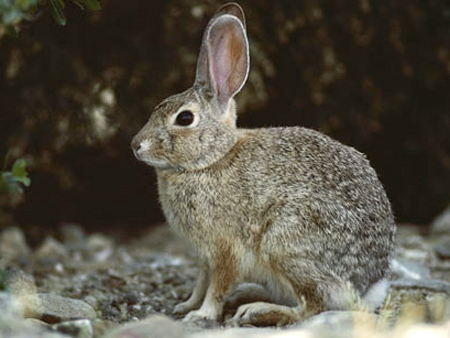 Hare (Lepus capensis) - absent from the mountains but otherwise widespread in the United Arab Emirates. The local hare is much smaller than its European counterpart and is therefore often mistaken for a rabbit, which does not occur in Arabia. Unlike the rabbit, the hare does not live in burrows, but spends the day motionless, with its ears folded back, relying totally on its camouflage, remaining in shallow scrapes under a bush or even in the open. (Getty Images) 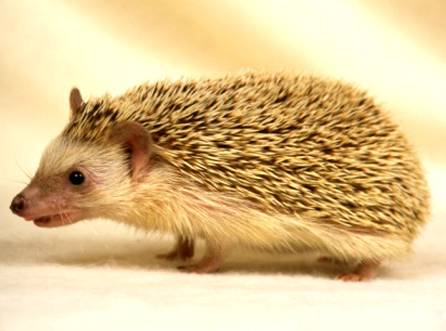 Hedgehogs - there are three species in the UAE, the largest and most common being Brandt's Hedgehog (Paraechinus hypomelas). It has an overall dark to black appearance with only the tip of its muzzle and the inside of its ears being grey.
Slightly smaller is the Ethiopian Hedgehog (Paraechinus aethiopicus). This animal is much lighter in colour, the bases and the tips of the spines are white and as is its hairy underside.
Very similar but again smaller is the Long-eared Hedgehog (Hemiechinus auritus). Its spines are also white at the base and the tip, and its underside is white, but its ears are longer and more pointed. In the Emirates they are found in the mountains, as well as in the desert and the coastal plains. (Getty Images) 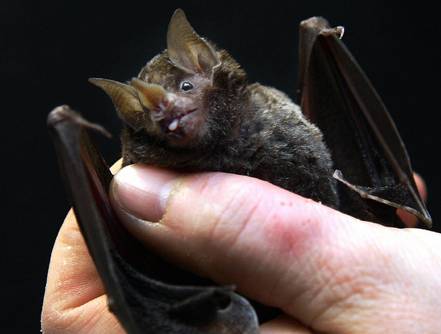 Bats - several species of bats occur in the UAE. The most common insect-eating bats are the mouse-tailed bat (Rhinopoma muscatellum) and the sheath-tailed bat (Taphozous nudiventris) followed by the leaf-nosed bat (Asellia tridens), pictured. These are small bats with bodies only a few cms in length and a wingspan of 20 to 25cm. All three are active at night, spending their days suspended from the ceiling of a cave, in rock crevices, hollow trees or under the roofs of old buildings. (Getty Images) 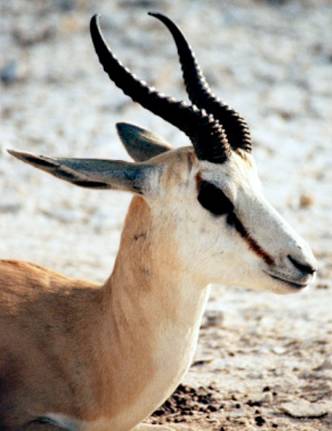 Arabian Mountain Gazelle (Gazella gazella cora) - found on the gravel plains, the sand deserts and the mountains. Its natural range extended right across the northern Emirates, only avoiding the very soft sandy areas of the Liwa. It has a delicate body, weighing only 10-14kg and can reach speeds of 65 kms per hour if it needs to escape danger. The mountain gazelle has a pure white belly with a dark to black stripe on its flanks that changes to dark beige or brown on the back, the neck and the head. Most grazing activity takes place at dawn and dusk. They rest during the hottest hours of the day under any shelter available.
Usually moving in small groups of four to six animals, they are highly territorial. As with oryx and sand gazelle they do not need to drink water, but will readily do so if water is available. (Getty Images) 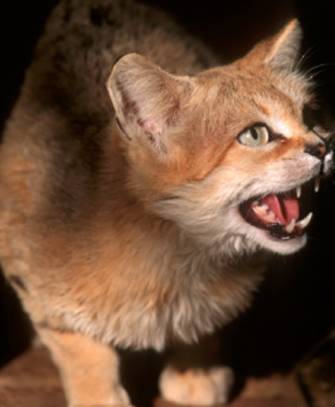 Sand Cat (Felis margarita) - its present distribution in the United Arab Emirates is probably limited to the Liwa, although there are confirmed reports that in the past it was also found at Jebel Ali, near Dubai, and in Falaj al Mualla in the Emirate of Umm al Qaiwain. Orange-grey to buff in colour, with a white belly, it is the smallest of the Arabian wild cats. Living in areas where there is no natural shelter available, the sand cat is the only cat in Arabia that digs its own burrow, in which its lives all year around. Active at night, the sand cat emerges from its burrow to hunt at dusk. Insects and reptiles form a large part of its diet. (Getty Images) 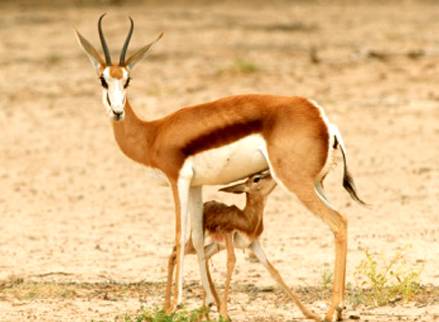 Sand Gazelle (Gazella subgutturosa marica) - the second largest of the antelopes that occur in the UAE and weighs up to 22kg. Virtually extinct in the wild, there are occasional reports from the Liwa of small groups of these creatures. They are very light in colour, the head completely white in older animals, with back and flanks being light beige. The sand gazelle is the only antelope in this area that regularly gives birth to twins, and this usually in spring and autumn. (Getty Images)